Last year, the government announced a 2030 phase out date for the sale of new petrol and diesel vehicles, to encourage the transition to electric vehicles. It also announced that only zero emission vehicles, such as battery electric cars, can be sold new after 2035.

Despite higher upfront costs, battery electric vehicles are cheaper to run and have fewer parts than conventional vehicles, which cuts their maintenance costs. This means that once they reach the second hand market, where the upfront costs are lower, they offer owners big savings.

Green Alliance’s report shows that a new medium sized battery electric car bought today will save its owner up to £2,300 over a petrol or diesel equivalent once it reaches the second hand market, on a total cost of ownership basis. For third hand cars, the estimated savings are even higher, at up to £5,600. [2]

Lower-income households are much less likely to purchase new vehicles, yet there is only a limited supply of used electric vehicles. Of the over eight million cars bought in the UK last year, nearly seven million were used vehicles. But only 0.3 per cent of them were battery electric cars. [3]

Despite a recent surge, sales of new battery electric vehicles are still a very small proportion of overall car sales, at only 6.6 per cent of new car sales in 2020. This means very few electric cars will reach the second hand market in the near future.

To promote the uptake of battery electric cars and push more onto the second hand market, the UK government should introduce a zero emissions vehicle (ZEV) mandate. This measure, already successfully implemented in California, would require manufacturers to increase the proportion of battery electric vehicles they sell, with the need to hit interim targets between now and 2035.

Requiring manufacturers to sell an increasing share of battery electric vehicles will also help to expand the range of models offered on the market, making it easier for car buyers to switch. There are currently seven times more conventional petrol and diesel models than battery electric cars.

The report says the mandate should focus on vehicles with zero tailpipe emissions, such as battery electric cars, rather than plug-in hybrids which have limited emission savings compared to conventional petrol and diesel cars. Plug-in hybrids also don’t offer the same cost savings for consumers as battery electric cars, and could be significantly more expensive if not charged regularly. [4] [5]

Delayed large scale transition to battery electric vehicles will also undermine the UK’s decarbonisation efforts, as the overall reduction in annual greenhouse gas emissions in 2030 will only be about half of what it could be if battery electric vehicles were half of new sales by 2025 and the majority by 2030, which is the proportion of sales recommended by the Climate Change Committee.

Caterina Brandmayr, head of climate policy at Green Alliance, said:
“The government has sent a strong signal to carmakers about the direction of travel, it must now ensure they speed up the transition and help us all to switch by getting more electric vehicles on the road. This is especially important to ensure those on lower incomes can benefit from clean cars sooner, as well as cutting carbon emissions and cleaning up our air.”

[1] Accelerating the electric vehicle revolution: why the UK needs a ZEV mandate is available on the Green Alliance website: https://green-alliance.org.uk/resources/Accelerating_the_electric_vehicle_revolution.pdf
[2] Cost savings for battery electric cars vary compared to diesel or petrol equivalents, and on the size of the car. For a medium size battery electric car bought new today, a second hand owner could save between £700 and £2,300 compared to the owner of a second hand diesel or petrol equivalent, respectively, on a total cost of ownership basis. Savings for third hand owners are estimated to be between £3,500 and £5,600 compared to diesel and petrol alternatives, respectively. For small cars, savings are between £300 and £1,600 for second hand, and £2,700 and £4,200 for third hand, compared to diesel and petrol equivalents. For first owners, both small and medium sized battery electric cars are forecast to become cheaper than any other type of car by 2025, on a total cost of ownership basis, with medium sized battery electric cars bought new in 2021 already comparable to conventional petrol and diesel equivalents. Modelling of total cost of ownership for this report was carried out by Element Energy.
[3] https://www.fleetnews.co.uk/news/fleet-industry-news/2021/02/10/used-car-market-at-lowest-level-since-2012
[4] Research by Transport & Environment shows that real world emissions from plug-in hybrid cars are significantly higher than reported under test conditions, leading to only limited emission savings compared to conventional petrol, diesel and hybrid cars. Transport & Environment, 2020, The plug-in hybrid con.
[5] Green Alliance’s report shows that medium sized plug-in hybrids bought new today would cost their second owner £660 more than a battery electric vehicle equivalent, on a total cost of ownership basis, if charged regularly, but could be up to £4000 more expensive if they are never charged. 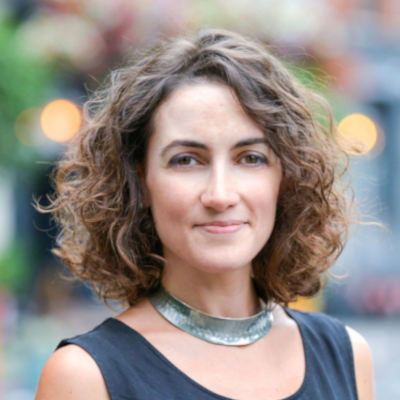