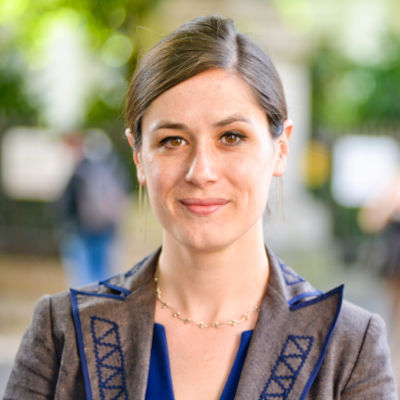 People in the UK strongly favour using the tax system to drive a green economy, with greening VAT the most popular choice to emerge from a citizens’ jury carried out for Green Alliance by BritainThinks, and following on from an earlier survey. [1] The findings suggest the UK should capitalise on its new-found freedom from EU VAT rules by better aligning the tax system with its increasingly ambitious environmental targets. [2] At the moment, the tax regime often does the opposite, encouraging a range of environmentally damaging behaviours which run counter to the urgent need to cut carbon.

Environmental perversities in the current VAT system include a zero-rate on new builds while renovation incurs the standard 20 per cent rate. This discourages energy efficiency improvements, especially as energy saving materials can also incur full VAT. It also incentivises the demolition of buildings before the end of their useful lives, which squanders the carbon and material that went into their construction. Meanwhile, the 20 per cent VAT on fixing a product, such as a smartphone or washing machine, contributes to making repair almost as expensive as buying new in some cases.

In a new report outlining the results of the research, Green Alliance shows people want these perversities addressed to help them make environmentally sound decisions. The research involved both a quantitative survey representing the public and a jury of 18 people from across the country. VAT reform was considered along with other tax changes to benefit the environment; while all were thought to have merit, greening VAT was considered the simplest and easiest to understand. [3]

One jury member from North West England said: “It is the best type of green tax in that it already exists and can be easily applied by government.” Another from Wales said: “I love it. I just think it’s the best one out of all of them.”

The public want to play their role in avoiding catastrophic climate change, but at the moment struggle to know what they can do. Jurors felt that greening VAT could provide more clarity about which products were best for the environment and send a strong signal about the UK’s long term commitment to a green economy.

Powerful measures that could be quickly implemented by the Treasury in the upcoming budget include zero-rating VAT on all repair, renovation and refurbishment services, as well as green energy products, like solar panels, heat pumps and insulation. Previously, EU VAT rules would have restricted what the UK could have done in some of these areas, so the change offers an early opportunity to capitalise on the sovereignty of EU exit for a Brexit dividend that benefits both people and planet.

The jury also wanted tax reforms to form part of a more ambitious and coherent approach to tackling the nature and climate crises, and for government to highlight the wider benefits of the transition to a sustainable economy – like improved health and wellbeing. But they cautioned that any changes made should be designed carefully so as not to harm those on lower incomes, especially if changes are made in relation to food and energy.

Libby Peake, head of resource policy at Green Alliance, said:
“People want to do the right thing to protect the environment from catastrophic climate change, but too often struggle to know what to do. Greening VAT would be an easy first step towards creating a financial system that encourages everyone to live greener and save money doing it. From helping people to afford energy efficiency measures to cutting the cost of getting your smartphone fixed, this popular, fair and simple change to VAT would help the public to do their bit.”

TransformTax
This is the second report for Green Alliance’s TransformTax project. The project, supported by the Joseph Rowntree Charitable Trust, is using a multidisciplinary approach, looking at the history of taxation, analysing alternative approaches from abroad, comparing fiscal instruments and, crucially, incorporating behavioural science. As part of this, we worked with BritainThinks to understand people’s attitudes towards greening tax, through both a representative survey of 2,076 membersof the UK population and a smaller citizens’ jury to develop a deeper understanding of the public’s attitudes and establish underlying principles to guide decisions around green reforms to the UK tax system.

The aim of the project is to show how taxes can be applied in a way that helps society to navigate away from an economic system founded on the ever increasing consumption of goods, with little consideration of its impact on the wellbeing of people and the planet. We are particularly interested in opportunities for the tax system to enable people to make more sustainable choices.

[1] The report is based largely on the deliberations of the citizens’ jury, but also incorporates the results of an earlier survey, also carried out by BritainThinks for Green Alliance’s TransformTax project, of a representative sample of 2,076 members of the UK public.

[2] Some environmentally beneficial changes to VAT – including zero rating VAT on all energy saving materials and repair services – were not possible under EU rules. Other changes – like increasing VAT on fuel – were possible. In any case, Brexit provides an opportunity to review VAT in general in light of new sovereign powers and increasingly urgent domestic environmental targets.

[3] While green VAT was a clear favourite tax policy of those consulted, the research revealed strong support for using the tax system to achieve net zero emissions and improving people’s health, well-being and boosting the economy.

Both the survey participants and the jury were asked to consider five different types of taxes that could bring environmental benefits. Some of these would have a direct impact on costs they faced and, therefore, their behaviours. These were: ‘green VAT’, a carbon tax on consumption and road pricing. They also considered a carbon tax on producers, where the impact on their choices would not necessarily be as strong. And, finally, they considered material taxes which could be directed at either businesses or the public. While greening VAT was the favourite individual tax to emerge from the deliberative process, the jury saw merits in all the tax reforms and, in fact, noted the benefits of adopting a suite of changes.