The government risks not meeting its net zero carbon targets if it doesn’t scale up the most sustainable aviation fuels as soon as possible, according to a new report by Green Alliance. [1]

In 2021, transport secretary Grant Shapps promised the public that flying in the future will mean, “we will still fly on holiday, but in more efficient aircraft, using sustainable fuel”. [2]

But experts warn that zero emission aircraft powered, for instance, by batteries are unlikely to be commercially viable for another two decades. Current government projections show aviation emissions not likely to fall before 2030. [3] There are concerns that without action, emissions could spiral just as the rest of the economy embraces green technology and the benefits of net zero.

Mandating the use of sustainable aviation fuels (known as SAFs) for airlines is already set to be part of the government’s plan for the sector, but Green Alliance warns that not all types of sustainable fuel are equal, with some types, such as biofuel produced from agricultural waste or recycled fossil fuel waste, still contributing to emissions.

The government is urged to introduce a specific target on one SAF called ‘power-to-liquid’. The aim is to ensure green alternatives are being sold and used by 2025. This would sit alongside the SAF mandate that government has already committed to introducing. Power-to-liquid fuel is derived from green hydrogen, which is made with renewable energy, and carbon dioxide captured directly from the air, also known as DAC. This means it has the greatest capacity for carbon savings. Germany has already announced plans to introduce its own sub-mandate for power-to-liquid fuel, which would sit alongside a wider mandate for other SAF.

Green Alliance’s research found that scaling up the use of power-to-liquid fuels manages the risk of aviation emissions growing uncontrollably until zero emission aircraft are in operation, while also creating jobs and positioning the UK as a leading producer of the only net zero aviation fuel.

Helena Bennett, senior policy adviser at Green Alliance, said:
“Government backing power-to-liquid fuel would allow the aviation industry to start to bring down emissions while long-term solutions are in development. This course of action would also support job creation in manufacturing in new, green industries across Britain.”

Alethea Warrington, campaigns manager at climate charity Possible, said:
“We need urgent action to end the harm that flying causes to the climate. As this very practical report makes clear, e-fuels may be able to play an important role in cutting emissions from aviation. However, this vital goal won’t be achieved without bold action and ambition from the government by bringing in binding targets for the aviation industry to clean up its act, and taxing the polluting fuels it currently relies on. We already have the means to start reducing emissions from flying right away, by taxing frequent flyers to reduce demand and ensuring that climate friendly alternatives, such as train travel, are affordable and accessible.”

[1] Green Alliance, Preparing for take off: speeding up the switch to sustainable aviation fuel, May 2022

Green Alliance
Green Alliance is a charity and independent think tank, focused on ambitious leadership for the environment. With a track record of over 40 years, Green Alliance has worked with the most influential leaders from the NGO, business, academic and political communities. Our work generates new thinking and dialogue, and has increased political action and support for environmental solutions in the UK. 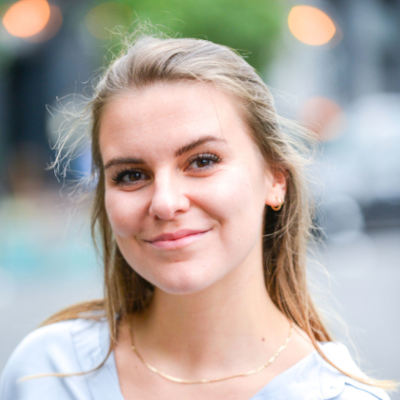